Jiangtao Cheng completed his Bachelor’s degree in Applied Physics at Peking University in 1991; Master’s degree in Computer Science at Purdue University in 2002 and; Doctorate degree in Physics in 2002. In 2007, he accepted an offer from the Teledyne Scientific Company (formerly Rockwell Science Center) as a Research Scientist III for the next four years. He returned to academia in 2011 as an Associate Professor at University of North Texas. In 2015, he joined Department of Mechanical Engineering at Virginia Tech as an Associate Professor. His areas of expertise include: “Sustainable energy and renewable energy; optofluidics and electrofluidics; microfluidics and nanofluidics; thermal-fluid science and heat transfer; thermal management and microelectronics cooling”. Recently, he introduced surface plasmon resonance and terahertz technology in his research in thermal-fluid science. 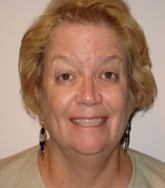 Dr Adiguzel graduated from Department of Physics, Ankara University, Turkey in 1974 and received PhD- degree from Dicle University, Diyarbakir-Turkey in Solid State Physics with experimental studies on diffusionless phase transformations in Ti-Ta alloys in 1980. He has studied at Surrey University, Guildford, UK, as a post doctoral research scientist in 1986-1987, and He studied on shape memory alloys. He worked as research assistant, 1975-80, at Dicle University, Diyarbakir, Turkey. He moved to Firat University in 1980, and became professor in 1996, and He has already been working as professor. He published over 50 papers in international and national journals; He joined over 100 conferences and symposia in international and national level as participant, invited speaker or keynote speaker with contributions of oral or poster. He served the program chair or conference chair/co-chair in some of these activities. In particular, he joined in last five years (2014 - 2016) over 50 conferences as Keynote Speaker and Conference Co-Chair organized by different companies. He supervised 5 PhD- theses and 3 M.Sc- theses He supervised 5 PhD- theses and 3 M.Sc- theses. Dr. Adiguzel served his directorate of Graduate School of Natural and Applied Sciences, Firat University, in 1999-2004. He received a certificate which is being awarded to him and his experimental group in recognition of significant contribution of 2 patterns to the Powder Diffraction File – Release 2000. The ICDD (International Centre for Diffraction Data) also appreciates cooperation of his group and interest in Powder Diffraction File.

Jianqi Zhang has completed his PhD at the age of 36 years from the University of Central Florida. He continued postdoctoral studies at Massachusetts Institute of Technology. He currently serves as a Professor and the Director of Foreign Affairs at Inner Mongolia University of Science and Technology, China. He has published more than 80 papers in reputed journals and 4 books.